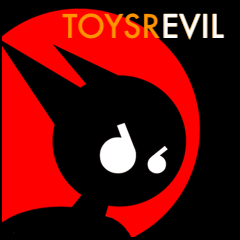 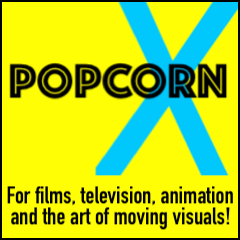 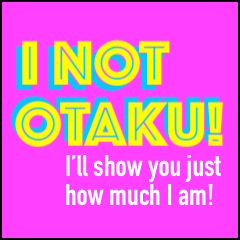 AUGUST 16/2020: I do not update this blog as often as I'd like to these days (yes, this is an "understatement"), but nevertheless continue daily on these blogs:


Toys & Collectibles TOYSREVIL-Blog at toysrevil.blogspot.com
Movie/TV POPCORNX-Blog @ popcornx.blogspot.comPOPCORNX
And as well do consider following me on my socials:
Instagram @toysrevil
Facebook @toysreviler
Facebook @toysrevilx
Twitter @toysrevil
YouTube @toysrevil
As well I am open for PayPal donations (Address: "toysrevil [at] yahoo.com"), and appreciate your continued support in my efforts. THANK YOU!

Cheers,
Andy TOYSREVIL
Posted by TOYSREVIL at 6:33 AM No comments:

Courtesy of License! Global, we might have gotten a “first look” at PACIFIC RIM: UPRISING’s primary “Jaegers” AKA “Giant Manned Robots who protect humanity from Kaijus” in the film’s universe!

If anyone evokes “Evangelion”, I cannot deny you the reference, and I would be interested to see if the “final” on-screen versions will replicate these colors, of it they retain their “real-world”-mecha aesthetics, and will choose to rein in my “fear” for the time being…

PACIFC RIM: UPRISING will be directed by Steven S. DeKnight and written by DeKnight, Emily Carmichael, Kira Snyder, and T.S. Nowlin from a story by Guillermo del Toro (who directs the first “Pacific Rim” film). Release is scheduled for February 23, 2018… so there’s still time to “panic”, no worries :p 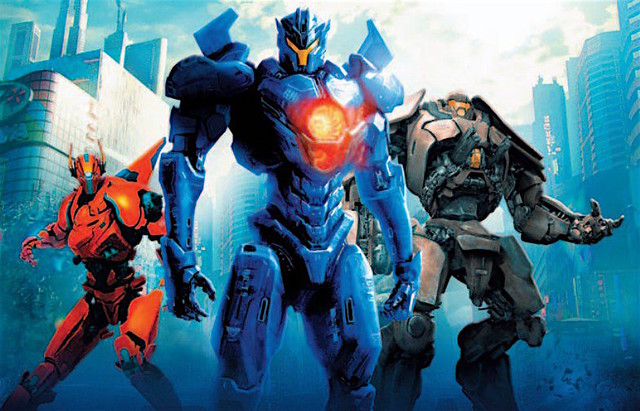 Posted by toysrevil at 7:55 AM No comments:

“I am Pentecost” Tweets John Boyega seen on set of #PacificRimUprising 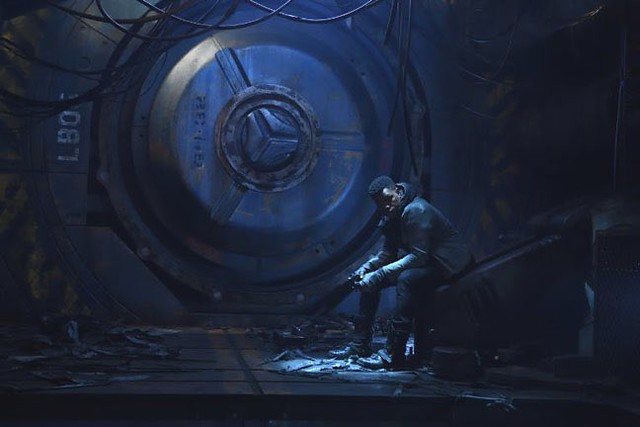 Actor John Boyega tweets a pic of what I believe is the first “official” (??) image from the upcoming PACIFIC RIM UPRISING feature film (previously titled “Pacific Rim: Maelstrom”) - a sequel to the 2013 Pacific Rim! Along with the following text;


”I am Pentecost
2018
#PacificRimUprising”
John plays “Jake Pentecost”, the son of “Stacker Pentecost” (played by Idris Elba), who sadly passed away in the first film. Folks’ve previously seen a snap of John wearing his Jaeger armor/suit on-set in Sydney (Pic via @tessalucyy), and I would be expecting the filmmakers to make use of Boyega’s scoail media to pimp the movie LOL 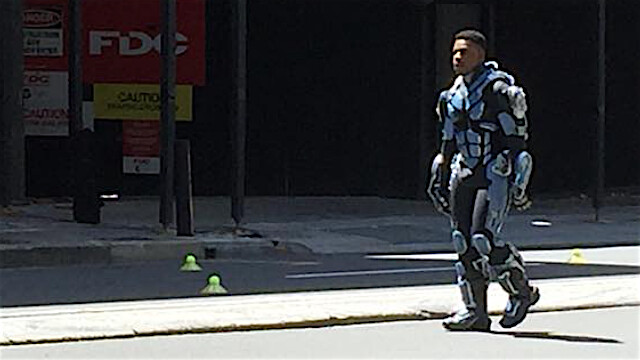 “Pacific Rim: Uprising” is directed by Steven S. DeKnight and written by DeKnight, Emily Carmichael, Kira Snyder, and T.S. Nowlin from a story by Guillermo del Toro. The film stars John Boyega, Scott Eastwood, Cailee Spaeny and Jing Tian, with Rinko Kikuchi, Charlie Day, and Burn Gorman returning in their roles from the original film. It is scheduled to be released on February 23, 2018, by Universal Pictures." (Wiki)

Posted by TOYSREVIL at 6:55 AM No comments: 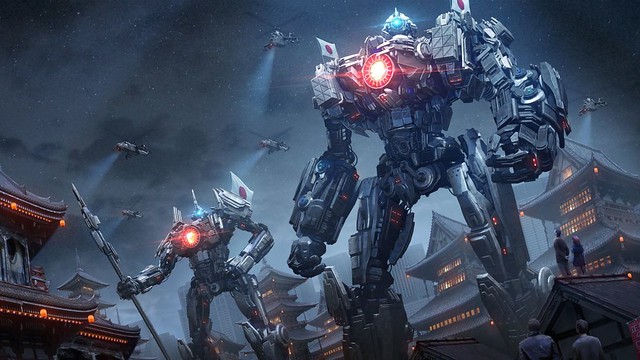 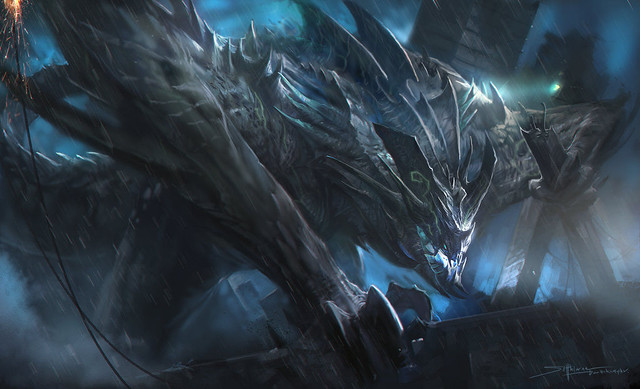 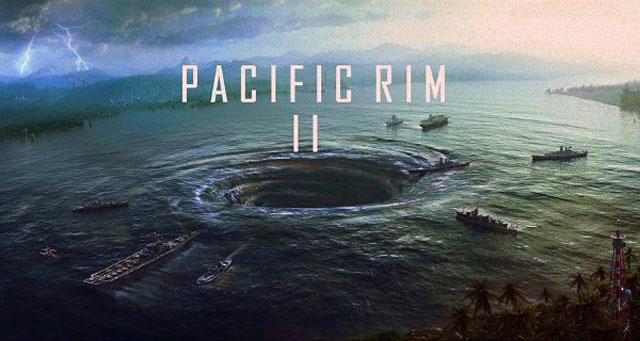 Posted by TOYSREVIL at 5:34 PM No comments:

Email ThisBlogThis!Share to TwitterShare to FacebookShare to Pinterest
Labels: fanart

When #Jaegers & #Kaiju collide! Having way too much fun with #PacificRim #gacha from #Kaiyodo! Always awesome when toys get so well made, regardless of "size" :) #toylife #gachagachagachaaa #gasaphon

One of my fav #Jaegers - #ChernoAlpha! Poor #Knifehead needing to battle all the other jaegers as he's the only kaiju around! Hahahahahaha #PacificRim #gacha from #Kaiyodo FTW! Can't wat for Vol.2! #toylife #gachagachagachaaa

Sorry dude, it doesn't pay to be a kaiju in a #Jaeger filled world! #PacificRim #gashapon from #Kaiyodo FTW #toylife #gachagachagachaaa

#HEADSHOT! last snap of the day for #PacificRim #gashapon from #Kaiyodo before taking a break and starting on other toys! #toylife #gachagachagachaaa #nonotadvertising #justenjoyingplaying :)

#PacificRim #gacha from #Kaiyodo - THIS is how I am spending my "blogging day-off" = playing with and filming TOYS! hahaha #toylife

Posted by TOYSREVIL at 7:22 PM No comments:

A quick look at the #ChernoAlpha #gacha from the #PacificRim series from #Kaiyodo, before I head off to bed, and hopefully more inches tomorrow when I awake :) #goodshit #toylife #gachagachagachaaa #minijaegers #jaegers

Tons to blog, too exhausted to focus ... In giving in to the afternoon lull of Wednesday, after spending an entire morning at the doctors, and a week's worth of stress and anxiety, I'll need first and recover, to continue the fight! But this #ChernoAlpha gacha from Kaiyodo is most excellent tho! #henglife

*More pics to come…
Posted by TOYSREVIL at 12:00 AM No comments: 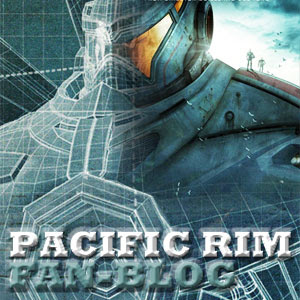